Arkansaw Traveler by William B. Houchens (1922)

William B. Houchens (1884-1949) plays “Arkansaw Traveler” on a 1922 recording. A lifelong Midwesterner, Houchens was a multi-instrumentalist and music instructor. He taught piano and violin at the Cincinnati Conservatory of Music and later formed a music school of his own in Dayton, Ohio. Some of his records you’ll find credited to “Uncle Billy Hawkins.” 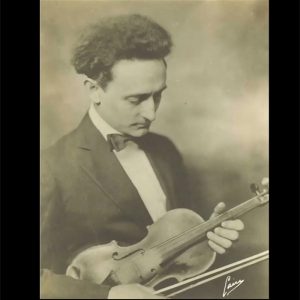