With music by Leslie Stuart, Florodora was the toast of London’s West End in the 1899-1900 season, and it was an even bigger hit in America, running for more than 500 performances on Broadway over the following two seasons and being put through several subsequent revivals. 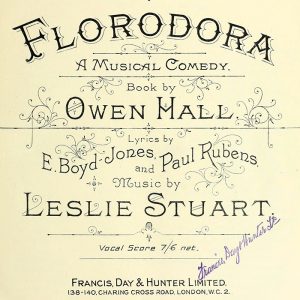