An early pioneering composer in ragtime was Monroe Rosenfeld (1862-1918), the man widely credited with coining the term “Tin Pan Alley.” He was also known to pilfer other people’s tunes, but as a native of Richmond, Virginia, he presumably had as much right to skedaddle in that state as anyone else. 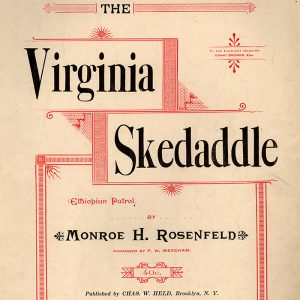