Here’s “Una Noche de Alegria” by Octaviano Yañez on an Edison 4-minute cylinder recorded ca. 1909 and released early 1910. “Sr. Octaviano Yañez bears the distinction of being the acknowledged champion guitarist of Mexico, and it is doubtful if his equal can be found in the entire world” (Edison Phonograph Monthly Aug. 1909). 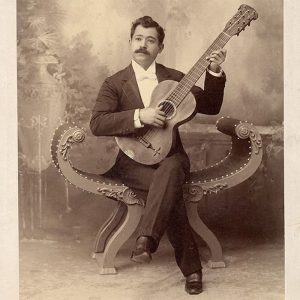